Lack of Measurement Can Result in Failure 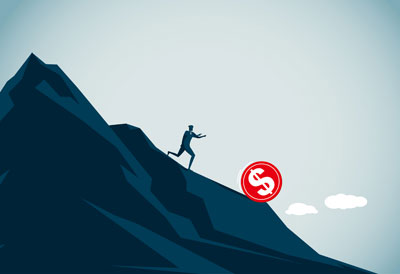 Organizations often bring in CIOPS to “fix things” when they feel that something in their IT realm is broken. Perhaps they just can’t seem to deliver. Maybe they’re making promises they can’t keep, or service is woefully lacking. People are counting on the team to get things done, and it’s just not happening. Deadlines are missed…bugs aren’t fixed…issues aren’t addressed…and if the end products are delivered at all, they might not be meeting quality standards.

Quite often these problems all have one thing in common

Our first step in fixing whatever is broken is always an assessment. If, for example, the organization is experiencing delivery challenges, we’ll want to delve into the current delivery process. What are they trying to accomplish, and where are they falling short?

Although service and delivery challenges are generally quite complex and caused by a combination of factors, each of the underlying causes usually falls into one of the following categories:

Regardless of whether a problem is caused by people, processes or technology, we often find that these issues all have one thing in common: They are not being measured, and this lack of measurement is a root cause of many undeliverables.

No measurement = no awareness

When the output and results of people, processes and technology are being measured, problems are often fairly easy to spot. But when things are not being measured, management is often in a state of blissful ignorance regarding what is going on. Blissful, that is, until the problems start to impact the company’s bottom line—a metric that is always tracked and measured.

An experience I had a few years back illustrates this point quite clearly.

A data-centric SaaS (Software as a Service) provider was bleeding money and losing customers. The firm’s SaaS platform itself was frequently unavailable. When the platform was up and running, the organization’s ability to take their customer’s input, process it and provide the expected output just wasn’t working. It’s no surprise that customers weren’t sticking around.

The SaaS provider knew they had a problem, but they had no idea where they were going wrong. What I found was that they had people problems, process problems and technology problems—and they hadn’t been measuring anything related to any of these things. The only metrics they had were ROI for sales and revenue. Because nothing operational was being measured, they hadn’t realized that…

Addressing these problems took time, but our diligence and patience eventually paid off. Here are some of the highlights of what we did:

The bottom line: A lack of measurement got this company in trouble, and could have resulted in the company’s failure. Without metrics they didn’t see the problems that were happening right in front of them. These problems compounded over time, and they took time to overcome. After implementing all of the changes listed above and more, it took about a year before the company stopped losing customers, and another year after that before they got on a solid growth trajectory. In the end, the company was sold at a profit.

If your IT service and delivery are broken, be sure you’re measuring the operational variables that will help you pinpoint what’s going wrong, so that you can identify areas to improve. Of course, if you need help addressing IT delivery issues, feel free to give us a call. At CIOPS, diagnosing and fixing what’s broken is one of our many specialties.

Mike Pivacek has an extensive background in leading dynamic technology teams, aligning business and IT strategies, and following through to implement the execution of those strategies. Mike’s 30 years of experience as a business-driven CIO have focused primarily on process improvement, cost management, organizational design and on-time delivery of products.