Include Time in Your IT Project Plan for Changes 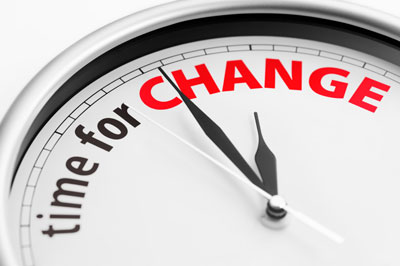 If you’ve been in the IT world for any length of time, you know that large IT projects often go awry. Luckily, there are many ways to improve the chances that your IT project will succeed. In my last article I discussed the importance of getting an iteration of your project into end users’ hands as early in the process as possible. This gives you time to adjust mid-stream if necessary (and it usually is). Today I’d like to discuss a closely related topic: Allowing time in your IT project plans to actually make these adjustments.

Especially when creating IT project plans for large development projects, you need to assume that the project will require multiple iterations. Why? Because:

However, providing for iterations requires better planning than what many people do. Iterations must be meaningful for someone to look at. You can’t just say, “Well, we’ve been working on this for three months. Let’s call it an iteration!” (This attitude is one of the reasons for the failure rate of Agile Projects.)

Deployment projects require multiple iterations, too, and these iterations come into play during the roll-out phase. The way you do iterations for deployment projects is to start by rolling out your tested project to some of your early adopters. Identify any problems, make adjustments as necessary, and then roll out the next iteration to a larger pool of people. Lather, rinse, repeat, growing the numbers of end users with each iteration released.

Things almost always come up. From the “changes” standpoint, the requirements of most projects get updated during execution. Although quite often these updates are refinements and not complete changes in direction, addressing them still takes time.

Including time in your IT project plans for iterations and changes is simply an admission of reality. But when a project manager goes overboard and schedules things right down to the last micro-second of what’s available (a surprisingly common occurrence), every little change quickly becomes a major scheduling problem.

Realize That You Probably Won’t Know Everything Up Front

Perhaps one of the biggest reasons for slippages and misfits of the project delivered is that people assume everything is known before the project begins. In my experience, 90% of what you think you know up front is usually correct. It’s the other 10% that causes all the problems. In fact, I’d say that the larger the project, the bigger the chances that you don’t know everything up front. Your IT project planning should allow for this.

It is my experience that allowing time in your IT project plans for changes and iterations improves the quality of your final results, and often reduces the time it takes to get to a successful implementation and acceptance.

Why? Because if you build in the traditional way, end users don’t get involved until the project is almost done – at which point they drag out the acceptance tests. Instead of taking two weeks as scheduled, they’ll take months, because they haven’t been engaged enough in the process to understand what they’re looking at. And once those months of testing are over, there’s a good chance the end users will announce that the project does not meet their needs. Planning for iterations and changes can eliminate this problem.

In my next article – the final installment in this series – I’ll be talking about why and how you should plan for the earliest possible problem detection. Stay tuned!