Do the Hardest Parts of Your IT Project First 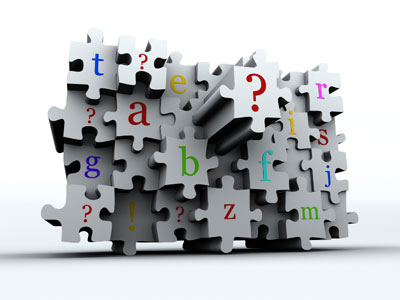 Many project managers have a tendency to do the easy pieces first and save the hardest parts for the end. This is just basic human nature. However, project risk management for increasing the chances of IT project success means planning for the earliest possible problem detection. If your project has complexities (i.e. “hard parts”) that you can identify early, attacking them first will improve predictability and give you time to recover when the inevitable problems occur.

Years ago I worked at an organization where we would look at a project and say “it will take X number of miracles for us to pull this off in the time allotted.” Those “miracles” referred to the events where we got to a point and said “a miracle is needed here.” And I learned that tackling those gaps in understanding can eliminate most of the need for miracles. Which, of course, makes for good project management.

Here are some examples of the types of things that are often project risks that if not properly addressed can require “miracles” to overcome:

Additional considerations include the need for strong executive sponsorship and effective change management. I’ll talk more about these in future posts.

How Do You Identify Your IT Project’s Potential Problem Areas?

Besides past experience, the two easiest ways to identify your IT project’s potential problem areas are:

Often what happens with risk is that people say “that’s a risk” and then put it on a shelf. But something that sounds like a risk that could potentially derail the project should not be ignored. Do some testing, prototyping or a proof of concept to either validate or invalidate it as a risk. And then act accordingly.

High risk project elements may also be identified by looking at project plan pieces that the staff doesn’t want to commit to and/or provide an estimated duration for.

What if Doing the Hardest Parts of the Project First Isn’t Feasible?

If doing the hard parts of the project first is not feasible, then you should do a proof of concept for the hard parts as early in the project as possible. The goal here is to find and address the points of potential project slippage as early as you can.

How many times have you seen a project end up where 98% of the project is done, but then things drag on for another two months trying to get the other 2% complete? Meanwhile, everyone, including the project manager, the team members and the end users who need this thing, is frustrated.

Doing the hardest parts of your IT project first means identifying that potential nagging problem early on, and scheduling it so that it can get resolved early on. Which, of course, is one way to help your entire project succeed.