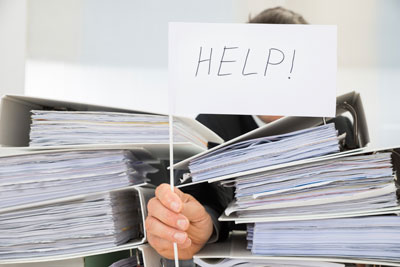 Life at a Nonprofit

For the past 2-1/2 years I’ve been the interim CIO at the YMCA of Silicon Valley – my fourth non-profit client since 2009. My experience is limited but I’ve seen a trend emerge.

Senior executives at non-profits are usually wonderful people who are very passionate about what they do. They’re very good at focusing on their mission and the services they offer to meet this mission. They have a clear understanding of who their constituents are. More often than not they have spent their entire career at their current organization or one that’s similar.

But for the most part they don’t see themselves as business people. In fact, many of these non-profit executives seem to feel that “business” is a dirty word. I’ve heard them refer to themselves as “social workers,” and say they don’t think that they’re “running a business.”

When I first started working with the Y, I quickly discovered that, like many non-profits, they had been underinvesting in their IT systems for years.

Some of this very paper-intensive organization’s existing IT systems redefined the term “legacy.” The payroll system literally had 1980s-era RPG green screen terminals. The financial system had a 2002 compile date. The CRM system was run by a six-person company that refused to go to the cloud.

In addition, program enrollment was a manual system that required YMCA members to show up in person with a ream of paperwork. HR was almost completely paper-based. Marketing was completely manual and based on direct mail and printed brochures. And so forth. 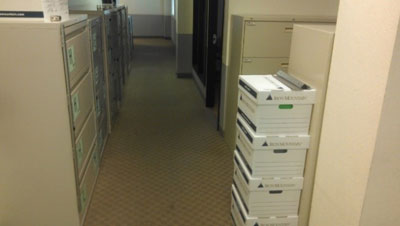 A great example of how bad things were was the incredibly complex pricing scheme that had developed over time for what was the best deal in after-school care in Santa Clara County. When the CFO (who, like me, was from outside the non-profit world) did some analysis on margins it became clear that many locations’ margins had eroded badly and some were running at a loss – a big surprise to everyone. To address this we started to implement Oracle Financials, and used this system to restructure an aged and ineffective GL Account Structure. The objective was to automate the pricing system and have costs land properly so that the day care program would be making informed decisions going forward.

The new day care pricing system was a good start, but what the organization really needed was completely new IT systems from “soup to nuts.” In other words, a multi-million dollar investment.

One of the things I’ve learned is that being a CIO at a non-profit is very different than being a CIO in a commercial organization. As I said earlier the operational executives are usually mission-focused and not business-focused. I realized that the place to take the IT system value proposition was the Board of Directors.

Nonprofit boards are generally populated by successful individuals who are either benefactors or can wrangle donors. These people generally understand the ROI business case of an ERP implementation. Most have personal experience with it and may even have connections in the industry that can be brought to bear.

Because of this, I knew that getting the VPs to approve the necessary investment in IT would be a bear. So instead of fighting this battle, the CFO and I took our cause directly to the CEO and then the Board of Directors – a group of people who understand how to run a business and make money.

Once the Board approved the funding we went back to the VPs and sold them on the benefits that the new systems would bring. Although many were initially resistant to the changes, once they came to the design sessions and started to understand what the systems could do for them, they began to get on board.

The YMCA of Silicon Valley’s IT systems are being completely overhauled, one system at a time. This includes:

Addressing the technology debt at the Silicon Valley YMCA has brought numerous benefits, including:

Although getting the YMCA of Silicon Valley’s IT systems to this point has not been easy, the benefits of making the investment to overcome the organization’s technology debt have been well worth it.

As an inspirational leader with the ability to develop the “big picture” strategy then drive it down to executable tactics for implementation, Jeff leads our Professional Services team. Clients benefit from Jeff’s 25+ years of experience developing and implementing transformative business strategies.

Jeff’s experience spans both industry (including Materials, Operations and IT Management) and consulting. He developed a unique global perspective during his tenure in significant P&L management-level positions in both Asia and Europe.